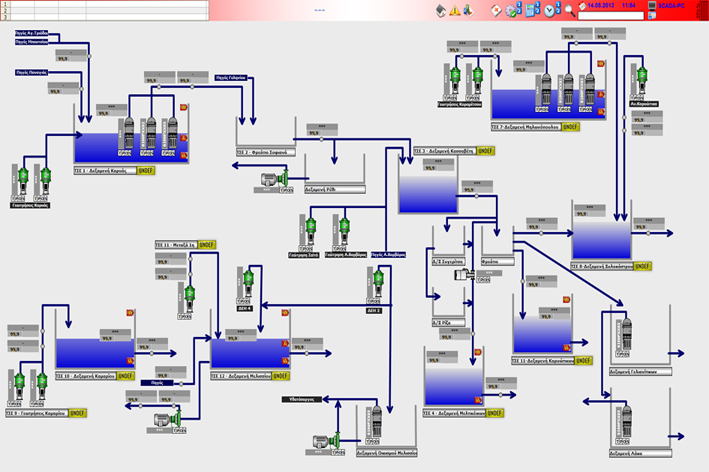 This system achieves the tele-control, remote control and leakage detection of the central water supply network in the Municipality of Xylokastro.

IN BRIEF DESCRIPTION OF OPERATION

Water tanks level is constantly being monitored of the water inflow sources as well as of the drillings.  If the consumption needs are covered by the supplies of the water sources, then the system is instructed to stop the drilling operation. In case the consumption needs are not covered by the supply of the water sources, appropriate messages are issued to the operator and the pump operation is automatically activated in the drilling. The system continuously monitors the readings from the flowmeters and when they exceed the permissible limits, appropriate messages are issued to the operator.

The following equipment has been installed to operate the tele-control/remote control system:

Advantages of the system during the operation: